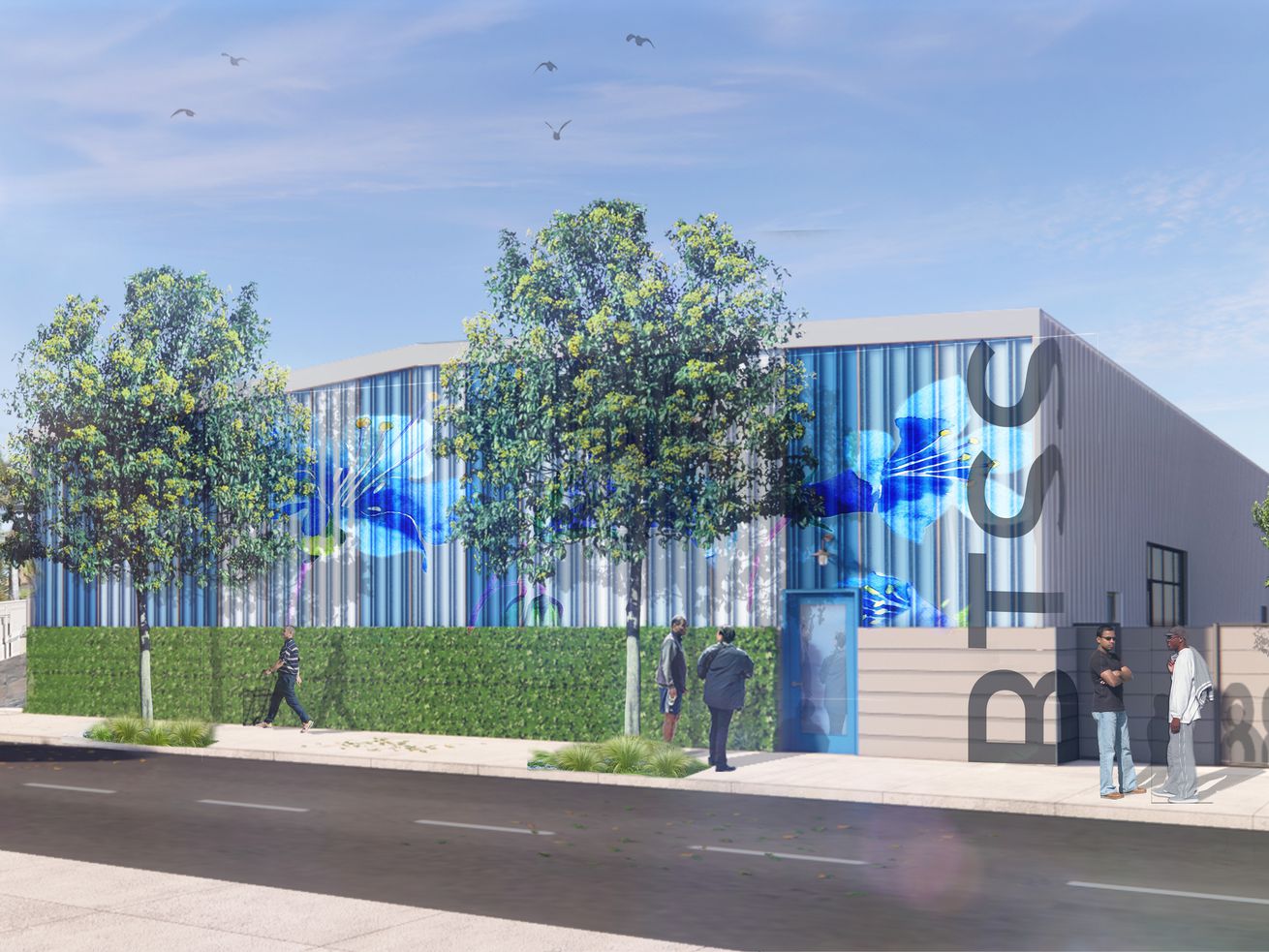 A rendering of the Bellflower shelter, converted from an old warehouse. | Courtesy of Studio One Eleven It’s building its very first shelter exclusively for residents with ties to the city

In 2018, the leaders of Bellflower, a small city in Los Angeles County, had what Mayor Juan Garza calls a “wake-up moment.”

For the first time in the Bellflower’s history, a citywide poll had found homelessness, not crime, to be the issue that most concerned residents. “Bar none, every single year, crime had always been the No. 1 issue,” Garza says.

The city didn’t have a single homeless shelter, but it did have 166 homeless residents, according to a point-in-time survey, and most of them were living on the streets and in tents and cars or RVs.

In September 2019, Bellflower’s elected leaders did something astonishing. They voluntarily joined a settlement agreement in a federal lawsuit that was forcing cities in adjacent Orange County to build homeless shelters.

They could have built a shelter on their own, but the settlement presented a win-win opportunity, Garza says.

The city agreed to build 50 beds available only to homeless residents who have ties to the city, like a previous address or attendance at the local high school. And, in exchange, it would win the right to enforce anti-camping and “anti-nuisance” laws against anyone living on the streets who declined a shelter bed.

“If we didn’t make this exclusive to Bellflower, our residents would have rejected it,” Garza says. “And my City Council that is traditionally very conservative went along with it.”

The agreement was signed on September 23, when city manager Jeff Stewart says he and his team at City Hall got to work. At first they zeroed in on an empty piece of land near the San Gabriel River but changed course as the cost to develop it ballooned—the utility connections alone were priced at $2 million.

By December, they had decided to either buy or lease an existing building. In three days, they inventoried every available large commercial property in the city. One week later, they signed a lease for a 1960s prefab warehouse nestled behind a feed store on Lakewood Boulevard.

Right before Christmas, Michael Bohn, an architect who had just finished a food hall made of shipping containers for Bellflower, got a call from the city’s contractor, Howard CDM.

“They said, ‘The city wants this to happen fast. They don’t want this to be a five-year process and not a one-year process,’” he says.

“This is about: How do we get people off the streets immediately?” Bohn says, referencing a September 2019 report that found nearly three homeless residents die daily in Los Angeles County.

In the span of five months, a remarkable timeline by LA standards, Studio One Eleven sketched out a blueprint for free-standing rooms and offices within the steel-frame building. Howard CDM built out the spaces. And Mercy House, the nonprofit social-services provider that was selected operate the shelter, moved in furniture.

“We started construction literally two months after we got the call in December and started sketching,” Bohn says. “We’re very proud.”

Now the shelter is on track to open within a couple of weeks, at the cost of about $2 million. The timing couldn’t be more critical. There are at least 196 confirmed cases of COVID-19 and one death in the county’s homeless population, a disease that’s two to three times more deadly for people experiencing homelessness than the general population.

If the Bellflower timeline sticks, it will open two months before a homeless shelter in Los Feliz for which planning started 27 months ago. An $8.5 million shelter in Venice Beach opened in February, taking nearly two years. Both were beleaguered by lawsuits from neighbors.

The settlement that Bellflower joined is buffering the city from those types of lawsuits.

“What the judge has committed to is that he would claim jurisdiction to any lawsuit filed regarding the settlement and that Bellflower would be insulated from such litigation as long as we follow the guidelines in the agreement,” Stewart says.

That doesn’t mean Bellflower residents never got fired up about the plans, the mayor says.

At one City Council meeting in December, “the fever pitch was extremely high,” he says. “There were bad words, name calling, getting up to our faces, literally almost touching nose to nose.”

A similar federal lawsuit to Orange County’s is playing out in Los Angeles and is heading toward a settlement. One of the biggest issues in the case is finding housing as soon as possible for people living on the streets. In the face of a deadly pandemic, that’s never been as pressing as it is now.

U.S. District Court Judge David O. Carter—the same judge who oversaw the Orange County case—has indicated in court records that his priority is to help the city of Los Angeles and Los Angeles County come up with ways to provide “immediate access to shelter.” There are a few ways to do that. Homeless advocates have staged stunts and demonstrations to pressure LA Mayor Eric Garcetti to commandeer thousands more hotel rooms. Whatever the solution, everyone agrees: It must happen now, and it’s not happening fast enough.

Bellflower has the advantage of being a smaller city; plans can be vetted and approved more quickly. It has a population of 77,131 and covers just 6.1 square miles (the city of Los Angeles stretches for 502.7 square miles). Still, its shelter won’t go down as the fastest shelter ever built in LA.

In March, the county opened a temporary 40-bed shelter in a former health clinic in San Pedro, a project that only took six weeks to build once plans were approved. Also in March, Garcetti announced plans to reopen 42 recreation centers that had been shuttered during the coronavirus outbreak as temporary shelters. But within about a week, that number was slashed because of social distancing requirements: 24 are now open, with beds for 988 people. An estimated 11,177 people live in vehicles, tents, and makeshift shelters in the city of Los Angeles.

Bohn says the Bellflower mayor and the other elected leaders deserve a lot of credit for joining the lawsuit. “What Judge Carter is doing that’s so phenomenal is forcing cities to deal with the issue,” he says. “There was a burning desire to respond quickly. And this is the perfect time to speed these things up.”